JJA Sports, LLC was selected by the University of Pennsylvania to provide sports consulting, competition running track design, permitting and construction phase services for the renovation of the Franklin Field competition running track, home of original PENN Relays Carnival first hosted in 1895. Originally a six-lane cinder track Franklin Field underwent several major renovations including the addition of inside sprint lanes in the 50’s and upgrade to a Tartan All-Weather surface in the late sixties.

The renovation, completed in fall of 2015, increased the number of lanes outside the 400 meet lane from five to six, shifted the steeplechase pit to the inside the oval at turn-two providing a common NCAA finish, and added lane separation from the stadium’s brick wall. The shift of the steeplechase pit eliminated the compromised entry and exist lanes of the event while at the same time allowing full use of the back straight previously limited by the original placement. 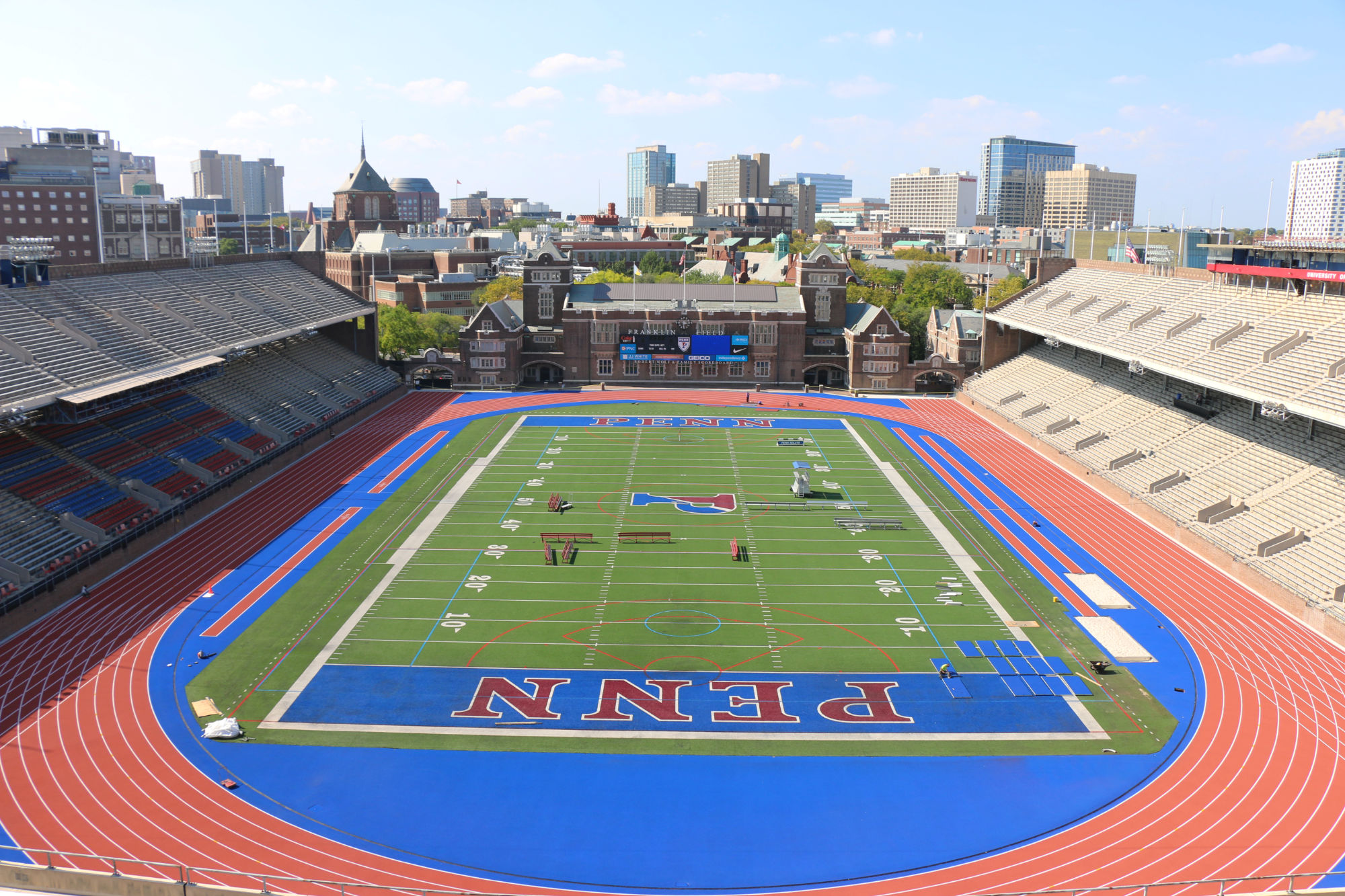 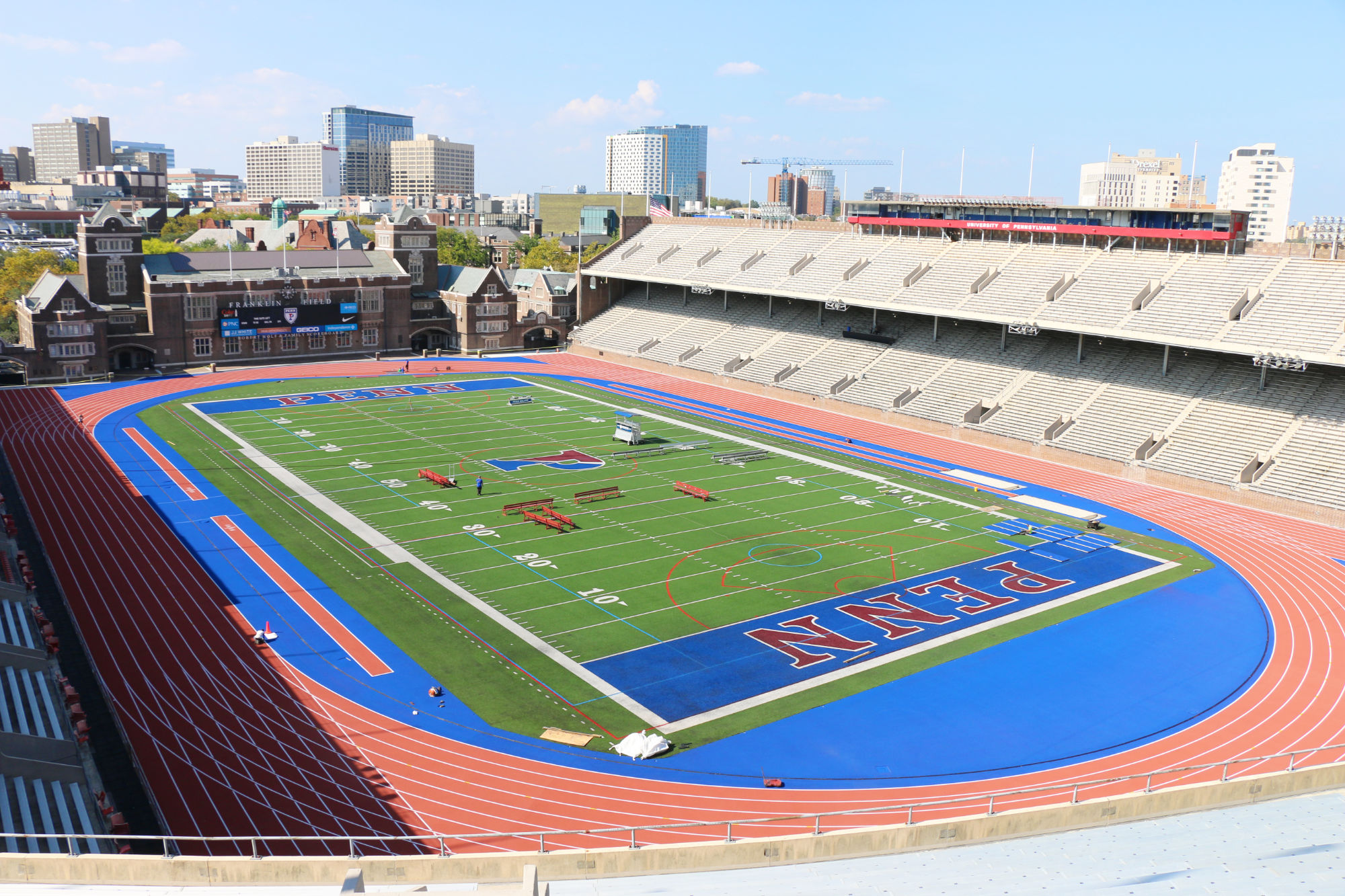 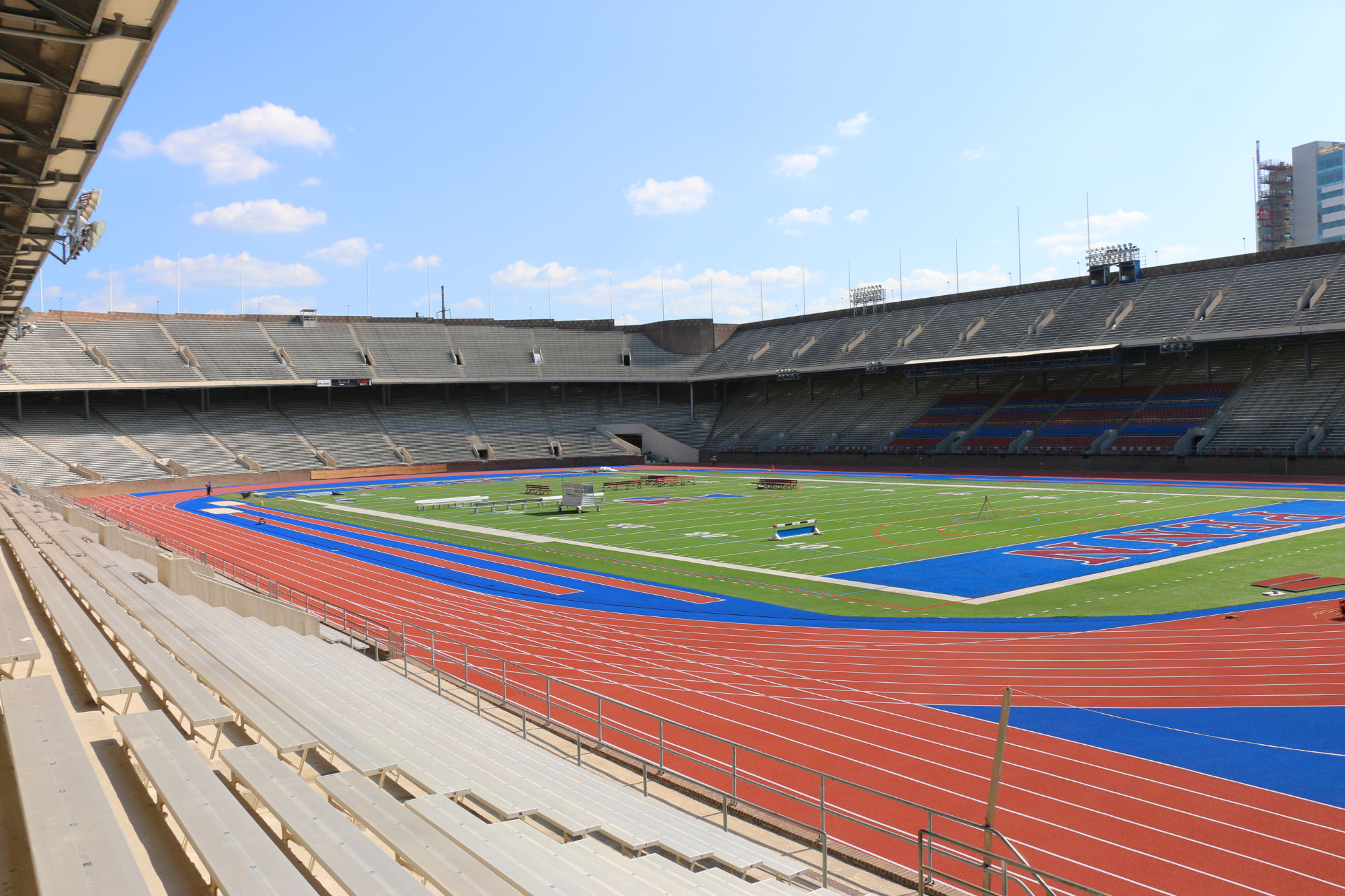